Government banning Rs.500 and Rs.1000 notes and its impact on the Real Estate sector

Government’s announcement to withdraw ₹500 and ₹1000 notes from the market, aimed at curbing black money transactions will affect the Real Estate and Gold markets the most.

Curbing the parallel economy has long been a sour spot for the government and the RBI. In real estate market especially, where the transaction values could range in crores, the cash component is a whopping 20-30%, increasing further in Tier II and III cities. The most audacious and revolutionary move the country has witnessed involving demonetization of Rs.500 and Rs.1000 notes and introduction of new ones of the new/ same denomination will hit the root of the black money the hardest i.e. real estate transactions.

In a project life cycle, the initial phase i.e. land purchase attracts the largest amount of unaccounted money. Most of the metropolitan cities face an oversupply situation which has reduced the number of new launches in the market. For the few new launches that are taking place, lack of the most needed seed capital at the beginning of the projects which is provided by the investors mostly in cash will reduce. Thus, creating a major impact on cash strapped developers. Though the big developers have been preferring to deal through cheques, they would also be affected by the market corrections.

This move will also have a ripple effect on other sectors as during the construction phase, material purchase, labor etc. are paid in cash, creating a further cash crunch. This will affect the margins of real estate developers, phasing out the non performing ones.

The move is expected to further create a downward pressure on the prices, making the houses affordable. Thus the biggest gainer of this will be the home buyers for whom owning a house was largely a dream due to unaffordability. Curbing the cash component will help customers distinguish between genuine and unreliable players, strengthening the industry in the long run. This would also help the genuine developers get finance from organized sources like banks, reducing their interest costs and improving their financial viability. Thus making the industry more transparent in the long run.

We expect this move will aid the Real Estate Regulatory Authority (RERA) regularize this industry and help all the parties involved. The move will rationalize the industry, correcting the prices in the short term thus helping the buyers. In the long run it will wade out the unscrupulous developers and middle men, strengthening the industry. Said Bharat Dhawan, Partner Mazars

This is a brilliant step taken by Hon. Prime Minister Mr Modi that will help grow the size of the Indian economy. This step (another campaign of clean India) will lead to an image makeover for India and is bound to increase foreign investments. Real estate companies that are not a part of this parallel economy will now have a level playing field and will now thrive. Said Vikas Oberoi,CMD,Oberoi Realty

“This is a bold and progressive move by the government and in our view will be far more effective than RERA and other statutory impositions placed on the sector in weeding out corruption. Layers upon layers of statute breed inefficiency and give way to corrupt practices. This is the move we have been waiting for”. Said Neha Hiranandani, Director, House of Hiranandani.

We welcome the government’s initiative which has the potential to curb unfair trade practices within the industry. Initiatives such as this will go a long way in increasing transparency and restoring home-buyer confidence in the market. It will also pave the way for those developers with strong corporate governance to be able to meet customer’s expectations in a fairer, albeit competitive, market. In a nutshell, a good move by the government that promises a healthy and conducive environment for growth and development of the real estate sector. Said Tushad Dubash, Director, Duville Estates

The recent announcement by PM Modi is a welcome step towards cleansing the Indian real estate industry. The demonetization of Rs 500 and Rs 1000 currency notes will lead to transparency and systematize the sector. This move will make the industry more reliable and engaging for foreign investors. The unorganized and secondary market will be the most impacted by this decision. With this banks will be flushed with fund and this will reduce interest rate and improve the GDP as well, given this sale will pick up we as developers just need to ensure that continue to provide quality homes to the buyers in time Said Navin Makhija, MD, The Wadhwa Group

This is a bold and positive step taken by the government which will have a major impact on the real estate sector. This is in pursuant to the policies initiated by the government in bringing more transparency in property dealings, confidence building measures for home buyers and creating a positive environment for the industry at large. Home buyers will now be able to evaluate more realistic pricing of property. It will separate wheat from the chaff; clear off any uncertainty and increase buyer confidence. It will provide well renowned realty brands a level playing field to operate in. Though this may cause inconvenience to people in the short term it will immensely benefit home buyers and the real estate sector in the long term. Said Manju Yagnik Vice Chairperson – Nahar Group

Housing.com has always batted for increased transparency in the real estate sector and therefore, we welcome prime minister Narendra Modi’s decision to ban Rs 500 and Rs 1000 notes. Cash transactions or black money deals have plagued the sector for a long time, sometimes even accounting for up to 50% of transactions. This move, combined with the Benami Property Act which became effective on November 1, will help weed out corruption and black money to a large extent, from the sector. The organised segment of the market shouldn’t be majorly impacted since most homes are now bought by end-users who avail home loans. The unorganised segment which relies mostly on cash transactions, will be impacted significantly however. While this will slow down the market in the short-term, it will make India’s real estate sector more transparent and organised in the long-term, which in turn, will attract more funds, both, domestically and internationally. This is a bold and exciting development for Indian real estate. said Jason Kothari, CEO, Housing.com

We welcome this move by the government and consider this as a positive reform in line with RERA and GST. It will help move towards more transparency and create positive sentiment among end -users and investors.

In the context of Bangalore market, it has always been a customer driven market. The majority of the home buyers are from the IT and Corporate sectors who pay their taxes and have their home purchases financed through bank loans.

There might be a slight disruption till this process is streamlined, after which we expect it to be business as usual.” Said Bijay Agarwal, MD, Salarpuria Sattva Group. 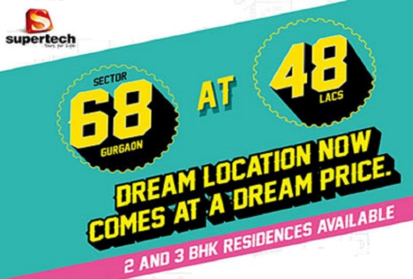